I stumbled across a series of interviews with legendary mining investor Rick Rule, where he explains how 1% of entrepreneurs and management teams (the ‘1 percenters’) are responsible for more than 50% of shareholder returns.

Rick states in this interview that as an investor you should confine your investing to this 1%:

“I’m going to suggest to you this morning that the most important thing that you can do as an investor or speculator is to search for the 1 percent. Search for the serially successful. There are other things that you can do in conjunction with this to be sure. We’ve talked earlier about contrarianism in the business. The truth is in very bad markets you can buy the 1 percenters at no premium over the merely harmless or the people who are in fact serial aggravators.”

He goes further in this interview to say that investing in the 1% you’ll make more money, more often:

“If I looked back over my career in speculation and I had worked much less hard, took more vacations, read more books, was nicer to my wife and employed the knowledge that I had gained by the time I was 30 as to who were the superstars and who are the jerks, I would have twice as much money. Well, maybe more, maybe more.”

Also, in this interview Rick states:

As at 14 December 2020, Track Record has profiled 5 companies that successful industry entrepreneurs have started, joined or invested in, which have on average, their share price has increased by 206% since April 1 2020 (outperformed the ASX All Ords by 175%).

In this interview, Rick explains how Pareto’s Law or the 80/20 rule suggests that in any given task 20 percent of the population generates 80 percent of the utility (value) in that task.

Your first job in speculation is to hang out with the good 20 and avoid the bad 20 like the plague. We referred to the bad 20 as Capital Destroyers. We refer to the middle part as – what did Casey call those? The harmless mass and you can’t think about investing with somebody who’s harmless when the probability is a 1 in 3000 chance of success.” 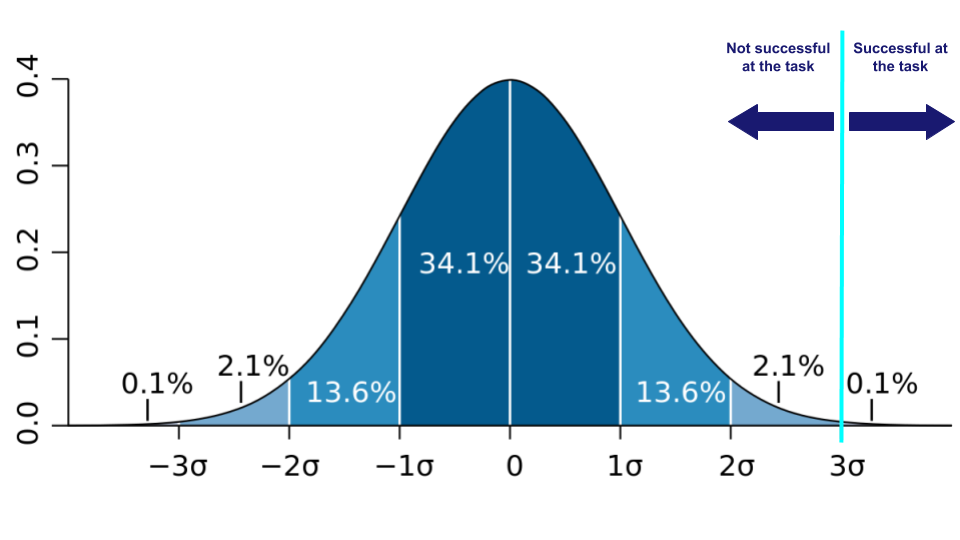 In this interview, the interviewer asks Rick about the 1% who generate the 52%:

“I noticed you are fond of Pareto’s law, especially taking the 80/20 principle further to 64/4, 51.2/0.8 and potentially even further down the line. As I recall it, this principle is based on the distribution of Italian land owners, not so much on economic relations between labor and output. Did you find the same relationship in mining, and do you consider this fair or just plain coincidence, eligible for a certain time frame during your career?”

“I’m not so concerned; I don’t expect a fair outcome when I invest. People rebel against Pareto’s law as elitist, which it is. Performance dispersals are by their nature elitist and it gets worse. The performance dispersal curve is a bell shaped curve, of course, and on one side of the curve is the positive utility, which suggests that 20% of the population base generates 80% of the utility in any given function. The other access, of course, is negative utility and there’s a different population base there. 20% of that population generates 80% of the disutility, or you and I would say aggravation. And so from an investor’s point of view, where what you’re investing in is more human performance than the performance of the business necessarily or an asset, you’d have to be very careful to select the good 20 and avoid like the plague the bad 20.”

Rick addresses this question in this interview, where he labels those successes as fool’s errands:

“My suggestion is to start by segregating among the management teams that you have for the serially successful. The obvious objection to that is when people criticize this talk and I give it another surrounding so as people say, “Rick, if you followed your own advice, you would have missed John Borshoff in Paladin. You would have missed Brian Dalton in Altius.”

Those are in fact true that fact ignores all of the unspoken failures that I’ve had backing first-time promoters. The truth is that from a statistical point of view trying to capture the Brian Dalton’s, trying to capture the John Borshoff across the length and breadth of a business where 80 percent of the listings are valueless is a fool’s errand. One I’ve been dosed in many, many times. I think despite the success that I enjoyed with Altius and success that I enjoyed with Paladin, my suspicion is that they were as I say fools errands.”

Who are the 1% (the serially successful) and how do you identify them?

In this interview, Rick explains who the serially successful are:

“And it’s important to note, Maurice, that serially successful doesn’t mean generally successful, but rather it refers to success particularly at the task at hand.

How can you find out about the next company that a ‘1 percenter’ becomes involved in?

Track Record is the only place to find out when successful industry entrepreneurs and management teams start, join or invest in micro and small cap companies in the industries they’ve been successful in before.

As at 14 December 2020, Track Record has profiled 5 companies that successful industry entrepreneurs have started, joined or invested in, which have on average, their share price has increased by 206% since April 1 2020 (outperformed the ASX All Ords by 175%).

Want to find out when a successful entrepreneur starts, joins or invests in a new venture?

Subscribe free and choose the level of detail you want, type of company, industry and frequency.